Create an Account - Increase your productivity, customize your experience, and engage in information you care about.

Located in the Heart of the Kansas Flint Hills and just west of Junction City is the Fishing Capitol of Kansas - Milford Lake. The largest lake in the State has 163 miles of shoreline where you'll find sandy swimming beaches, 14 public ramps for launching boats, canoes or sailboats.

The lake has both public and private campgrounds, a resort, RV sites, cabins and primitive camping sites.

The Fishing Capitol of Kansas


Fishing is what makes Milford Lake special. Anglers will find an abundance of fish; including Wipers, Walleye, Crappie, Largemouth, Smallmouth and Spotted Bass, Blue and Channel Catfish, and Whitebass. The current Kansas record Smallmouth Bass (6.88 Pounds) was caught at Milford. Milford Lake has been nationally recognized and has hosted some of the most prestigious fishing tournaments in America.
View a map of Milford Lake (PDF). 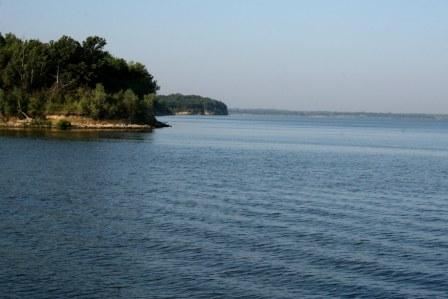 For more information about visiting Milford Lake and other outdoor attractions, call 800-528-2489, or contact our staff.